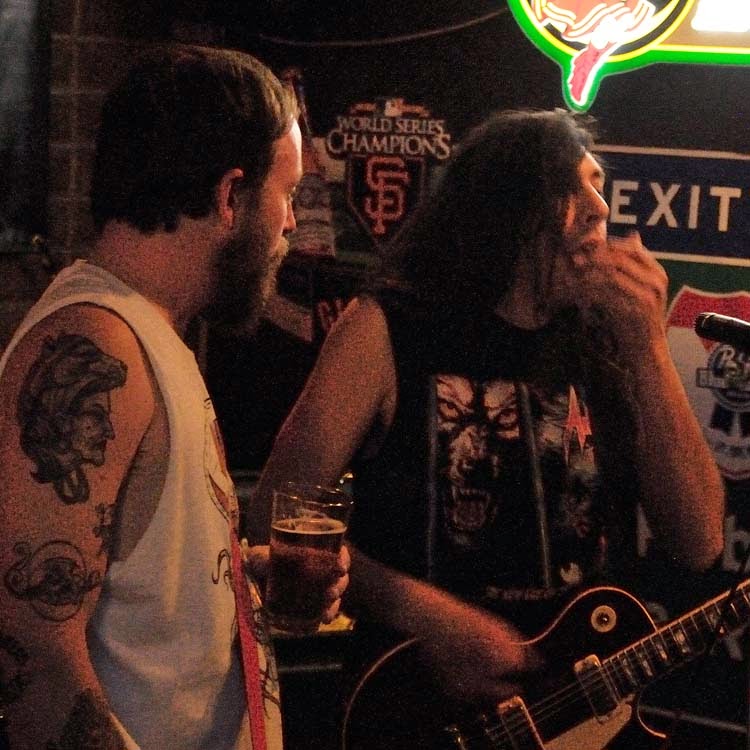 MANY MORE HERE
Posted by Clint B at 10:52 PM No comments: 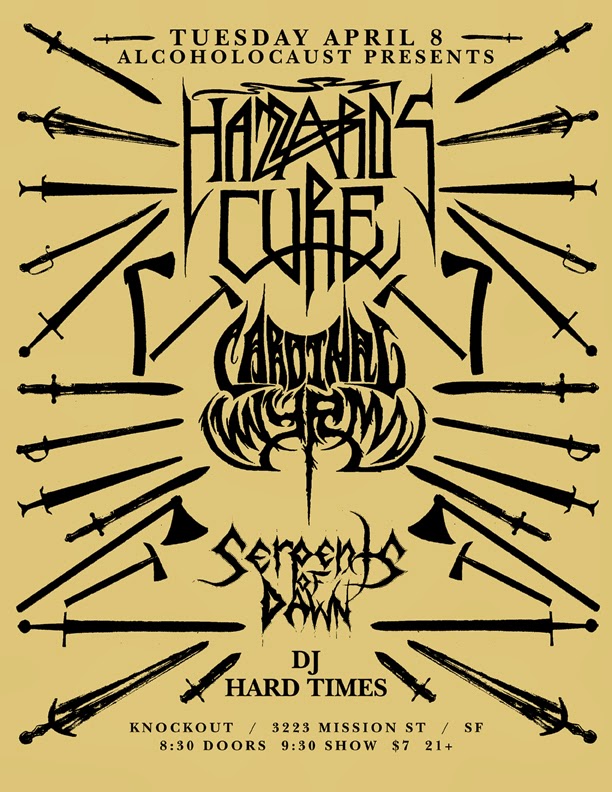 The Hazz burns through our second fastest/slowest song "Trippy Flower" AKA "Florida Man"
Eli's Mile High Club 2012
Posted by Clint B at 12:00 PM No comments: 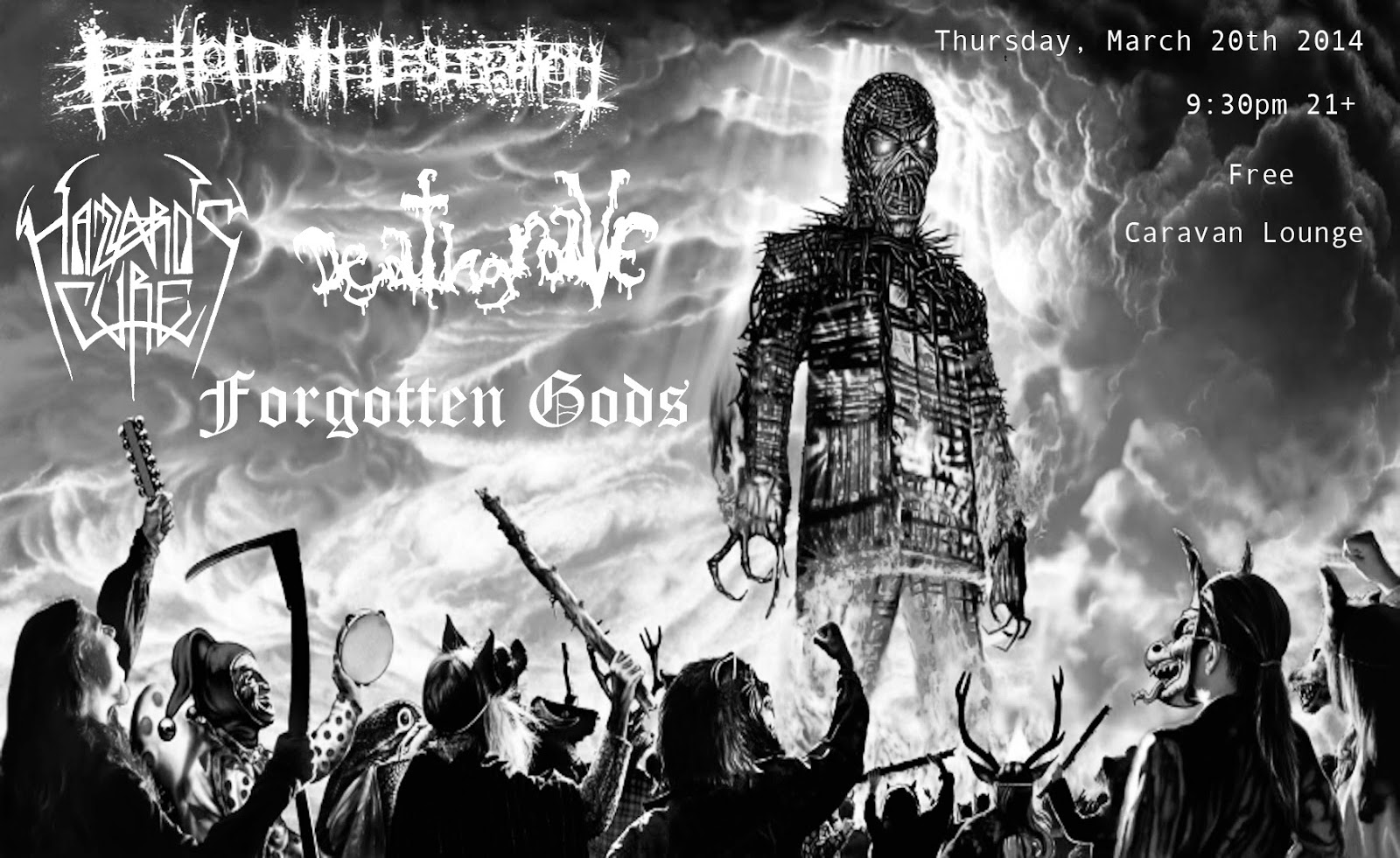 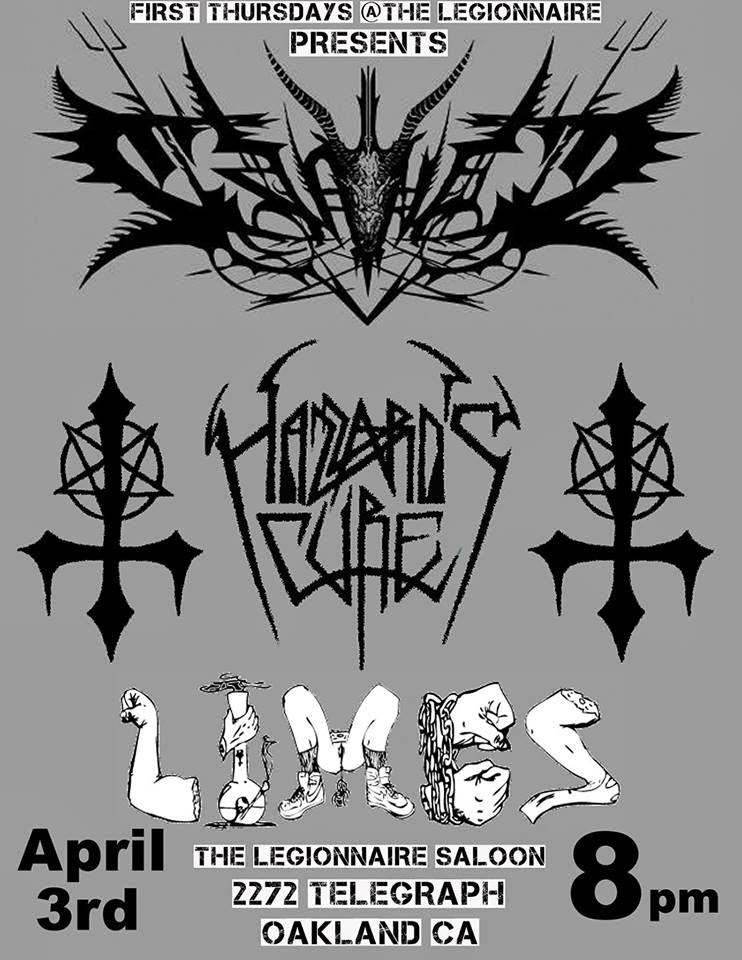 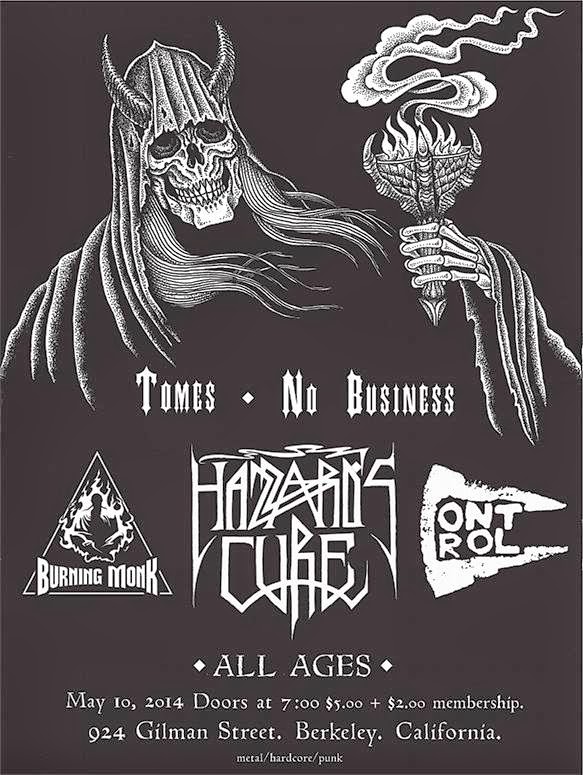 THE UGLY ON METAL TEMPLE

A couple of weeks ago, I was asked to review an album from a band from Fresno, California. I will let you figure out which band that I’m talking about but here’s a clue: I hated their music. When I got this EP from San Francisco’s own HAZZARD’S CURE just this week, after the quarter of an hour I spent listening to every song, I questioned just what the hell are San Francisco Metal bands doing right that Fresno’s top-voted band is doing wrong?

What do all of these bands have in common: POSSESSED, VASTUM, ACID KING, MEGADETH, DEAFHEAVEN, DEATH ANGEL, METAL CHURCH, SHRINEBUILDER, SLOUGH FEG, & EXODUS. If you said “They’re all from Fresno, California”, you would be incorrect. They were all founded in San Francisco, California because San Francisco has been one of the capitals for Heavy Metal from the United States of America for over 30 years.

HAZZARD’S CURE certainly continue that tradition with this short but ferocious EP. Back when they released their self-titled full-length album in 2011, their style certainly gravitated to Doom Metal energy. What they’ve done with this EP is; first of all, throw all of that Stoner music out of the window. Secondly, they alternated to a Black Metal sound for this EP. If the guest vocals on “A Body Amorphous” from LUDICRA front woman Laurie Sue Shanaman didn’t give that away by now, I am sorry for spoiling the surprise for fans of older HAZZARD’S CURE.

But I really loved this EP. “The Ugly”, which shares its name with the second track, is a perfect fit for

HAZZARD’S CURE have embraced this fascination with the grotesque and mutation of the flesh and the horror that carries as a new direction to go with their sound. A lot of this same expression of carnal frailty can definitely heard in the musicianship as well. The guitar leads carry this gypsy-like vocalizing to them that remind me of those old folk tales of gypsy witches putting curses on people to have them become hideously ugly. I think these Burlesque elements provide a lot of tangible character all of the songs on this record. The guest vocals from Sue Shanaman fit right in but I would prefer if the band kept the male shouting vocals.

There’s not a whole lot more I could say about these three songs but what I will say, in conclusion, is that this EP was a tremendous release and I want to hear more of HAZZARD’S CURE taking this new direction down further and further bringing more horrors to light with their atmospheric music. “The Ugly” was certainly something I could relate to. 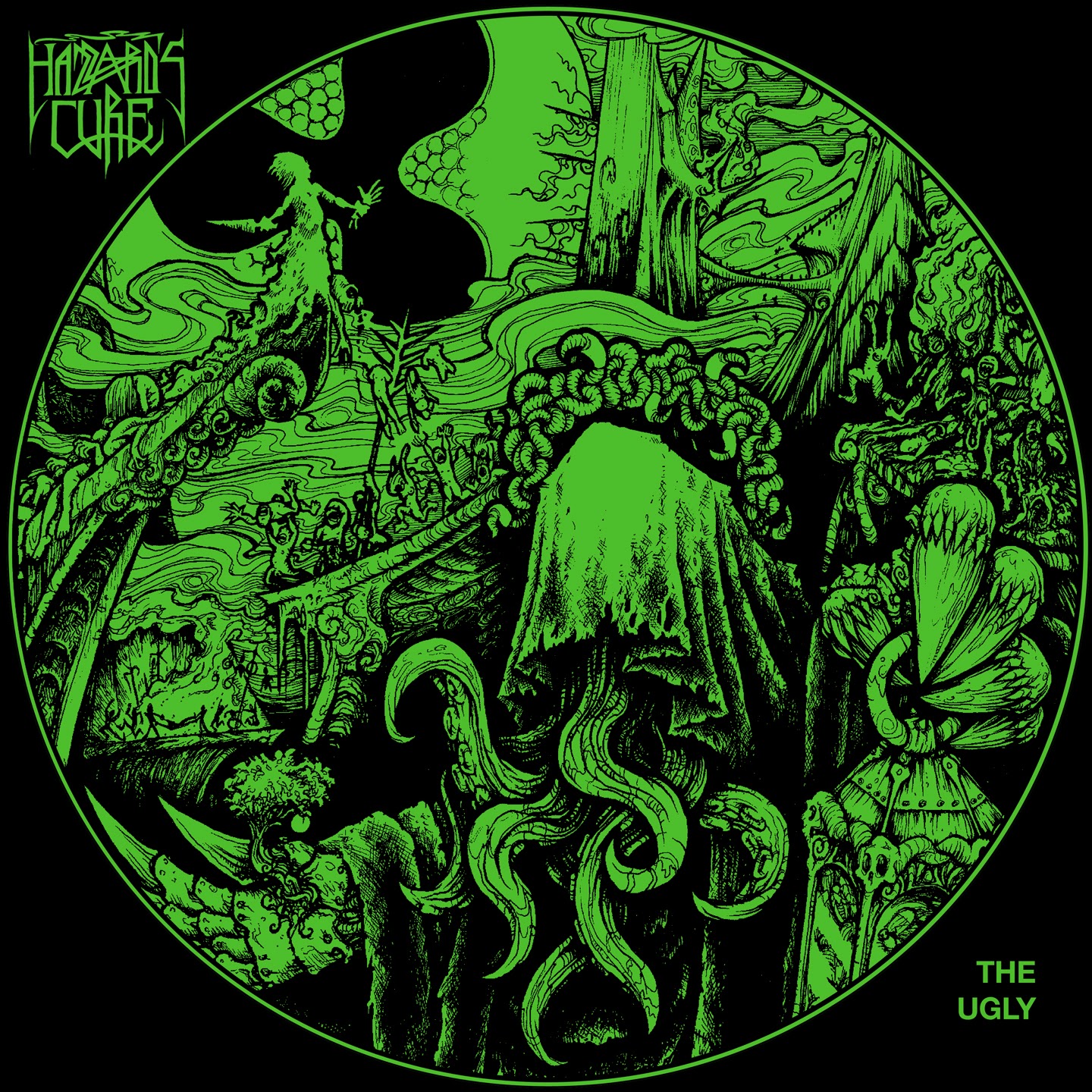 what this music comes across as. The vocals, instead of being rasped or screamed, are shouted or sometimes shout-sung. With the exception of the guest vocals, Chris Corona brings a fresh approach to singing Black Metal that definitely sounds ugly. I would even go as far as to say that these kinds of vocals possess a denser sense of grotesqueness than stereotypical howling or screeching vocals. I associate that kind of singing; take the vocals on WOLVES IN THE THRONE ROOM just as an example, with a vocal dialect that illustrates a language spoken only by ghosts, demons and spirits. Corona’s singing style on “The Ugly” is anchored down by its own humanity, unlike WOLVES IN THE THRONE ROOM but still expresses a tone of voice as if it came from someone with a severely deformed body. (10/10: Masterpiece)